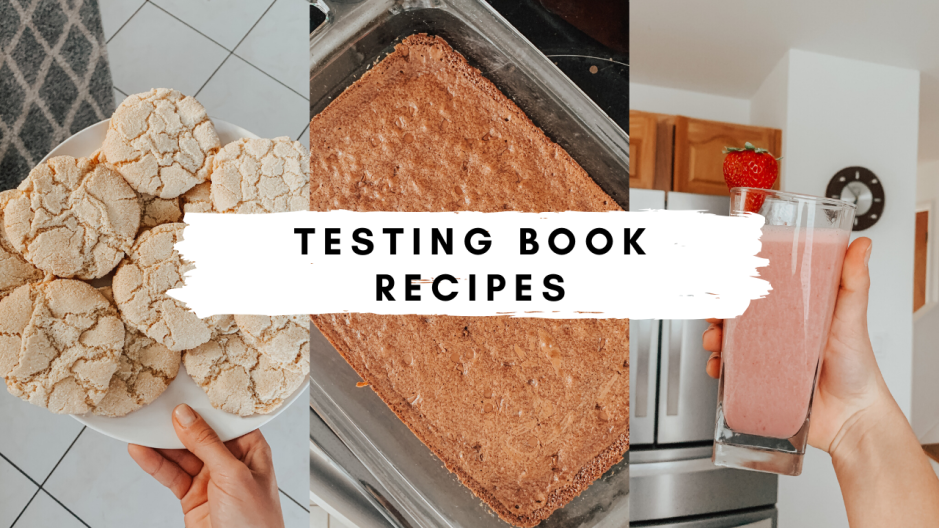 Quarantine has been causing me to work on so many different hobbies that I never felt I had the time for. One of those is baking!

I’ve always enjoyed baking- it’s so relaxing, and testing out different recipes is so much fun. So, I had the idea to test recipes from different books I’ve read before! This is not an original idea, and I’ve seen many people try it before, but I wanted to do it myself, too!

For this post, I test three different recipes: one from To All the Boys I’ve Loved Before by Jenny Han, one from P.S. I Still Love You by Jenny Han, and one from With the Fire on High by Elizabeth Acevedo!

I may do more of these in the future, so if you know of any books with recipes in them, please leave a comment letting me know!

The first recipe I tested was strawberry milk from Elizabeth Acevedo’s book! The recipes in this novel are used to separate the different sections of the story, and they are used more for humor/as an element of the story, not as a functional recipe. Because of this, I had to figure out what I was doing on my own a bit and tweak the instructions.

For example, the recipe said to use as many strawberries as you can find, but I was only making a batch for myself, so I had no idea how many strawberries I should use. I decided to go with four (though, if I were doing this again, I would probably use 6 for one person).

The recipe also wasn’t clear about how much sugar to use (it just said to taste), so I ended up using maybe two teaspoons, which was not enough at all. I had to keep adding little by little until I felt like I was getting the right consistency!

In the end, my syrup was not liquid enough, and it wasn’t mixing well with my oat milk. So, I poured it into my blender and blended the syrup w/ the milk. The consistency was so much better after I did this (the first picture is before blending & the second is after), and as far as taste, it was pretty good! It wasn’t as strong as I would have liked the strawberry taste to be, but again, I think that is because I didn’t use enough strawberries! 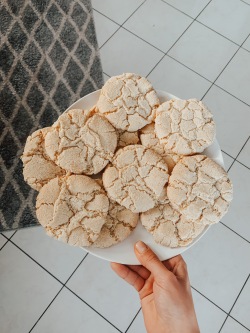 So, this was actually my first time baking snickerdoodle cookies (despite being one of my favorite types of cookie). At first, my dough was really sticky, and so I had to add much more flour to it, but then it came out to be perfect.

The recipe said it would make about 48 cookies (which is A LOT), but I only made about 20 because I made them really big (accidentally). If I had made smaller balls of dough, there probably would have been closer to 40, but I hadn’t realized just how big they would grow- this was all my fault oops!

But, when I took them out of the oven, they looked amazing. They tasted amazing, too. My family devoured them within two days! I definitely recommend keeping them sealed up or else they will harden pretty quickly. They were still really good, but just not as soft as the first day we ate them!

This is the recipe I’m most likely to make again! 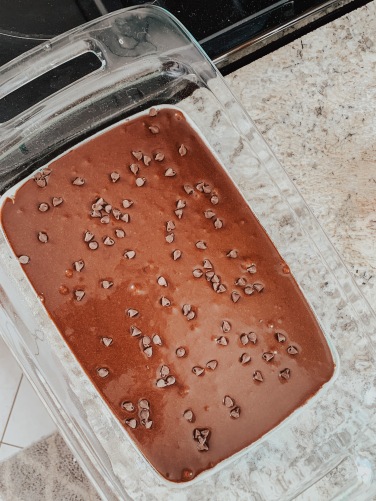 I will say, this was a pretty standard brownie recipe. I’ve made brownies hundreds of times, so I knew what to expect when it came to making them! The one thing I did change was instead of adding walnuts (which my sister doesn’t like), I just added chocolate chips for that extra-chocolatey taste!

They definitely came out good and I have no complaints, but like I said, it was a standard recipe. They were a bit more on the chewy side instead of fudgey, but if you prefer chewy, then this is perfect for you!

Do you like to bake? What are some of your favorite treats to make?

Leave me a comment letting me know, and maybe I’ll try making it, too!