Over the years, I have acquired a decent amount of signed books, and I thought I would share them with you guys! I am also working on making my site a lot better, in terms of graphics and design! Let me know what you think of everything :)

I am so happy that I own a few signed books. I know they can be hard to find or expensive, and not everyone has them. I cherish all the books I own, but these have a special place in my heart.

Do you have any signed books? Which ones? Also, I want to do a Q&A when I hit 400 followers, so feel free to ask me questions down below!

If you are anything like me and carry a book around with you everywhere you go, I’m sure that this list of pet peeves will make you cringe. Let me know which one you relate to most in the comments!

Have anything to add to the list? Let me know in the comments!

If you remember, I wrote a post about how to write a book review-the note-taking process a while back. Today I have the second (and last) part of the mini series, in which I will describe what I write and include in my book reviews.

This might be helpful for some of you just emerging in the blogging world, or if you want to improve your reviews!

There are a few things that I think are necessary to include in a book review. They will help the audience understand what your review and the book is about and give some insight to what you think about it.

There are certain topics most reviews should cover as to get the most from it. For me, this includes the characters, plot, writing style, and overall feelings.

I hope this mini series was helpful for you, and maybe you’ll use some of these tips for your own review! Let me know in the comments what you think is important to include in a review.

Goodreads Synopsis: This morning, Kady thought breaking up with Ezra was the hardest thing she’d have to do. This afternoon, her planet was invaded.

The year is 2575, and two rival megacorporations are at war over a planet that’s little more than an ice-covered speck at the edge of the universe. Too bad nobody thought to warn the people living on it. With enemy fire raining down on them, Kady and Ezra—who are barely even talking to each other—are forced to fight their way onto an evacuating fleet, with an enemy warship in hot pursuit.

But their problems are just getting started. A deadly plague has broken out and is mutating, with terrifying results; the fleet’s AI, which should be protecting them, may actually be their enemy; and nobody in charge will say what’s really going on. As Kady hacks into a tangled web of data to find the truth, it’s clear only one person can help her bring it all to light: the ex-boyfriend she swore she’d never speak to again.

My Review:
I recently read Illuminae by Amie Kaufman and Jay Kristoff and let me tell you- it was a rollercoaster of emotions.

This book is sci-fi, so definitely not my normal read. I went into it without knowing anything, besides that the book community really loves it. I think that really helped with my overall enjoyment, because I don’t think I would have bothered to pick it up otherwise, and I didn’t know what to expect. It tells a story through conversations, interviews, emails, and so much more. It is definitely not your typical YA book. Every page is like a new adventure. It shows different point of views, including a computer’s, and the overall concept was so unique.

The co-authors did an amazing job piecing this book together. The writing was really good, and the page editors knew what they were doing. The layouts are so intriguing and it was cool turning the page and not knowing what was going to be there.

It is so clever and well done, because you learn so much from just snippets of information.

I will admit, the beginning was a little hard to get through because there are a lot of technical science terms introduced, but they are essential to the story. It was a little confusing because there were so many names and characters. Once you get through the first few pages you get a feel for it and get used to the terms.

I totally and 100% ship the main characters, Ezra and Kady. Their connection is just so real and so honest. I love the sarcastic and teasing relationship they have because that relates to me a lot. I really felt connected to these characters, even if I have never gone through something like this.

There are a couple of plot twists at the end that I did not see coming at all. They were completely shocking to me (my literal reaction: No no no no no no).

I will definitely pick up Gemina, the sequel, soon because after the cliffhanger I need to know more.

Another month, another wrap-up! March was a good book month for me overall. Most of the books I read I really enjoyed (besides one or two). I read a total of 9 books this month which is really good as well. Plus, I bought a ton which never happens, so if you want you can check out my haul here!

March was a great book buying month for me. I purchased from BookOutlet for the first time this month and I am so glad I did. Most of the books I bought just based off the covers and synopsis, and haven’t heard anything about them previously. I am excited to see if I like them or not. I also received a lot of books, or bought them at other places! Trust me, I wouldn’t have the money to buy all these books if they weren’t in sale!

I won’t be able to give a long description of the books because it would be too long, so there are just my initial thoughts!

If you have ever thought about purchasing from BookOutlet but were unsure of the state of the book, I can assure that they come in great condition! All the books I bought came unharmed in any way, and because they are so cheap, I was surprised. BookOutlet buys the extra stock of books that sellers have at a cheaper price, so they are brand new. I am so glad I made this purchase. I bought 10 books for only $30.

So that is my whole haul! I can’t believe I received/purchased 22 books this month (new record for me). Let me know if you have any of these and what you think about them. Also, let me know If you want a review of any of these.

Book: Caraval
Author: Stephanie Garber
Goodreads Synopsis: Scarlett has never left the tiny island where she and her beloved sister, Tella, live with their powerful, and cruel, father. Now Scarlett’s father has arranged a marriage for her, and Scarlett thinks her dreams of seeing Caraval, the far-away, once-a-year performance where the audience participates in the show, are over.

But this year, Scarlett’s long-dreamt of invitation finally arrives. With the help of a mysterious sailor, Tella whisks Scarlett away to the show. Only, as soon as they arrive, Tella is kidnapped by Caraval’s mastermind organizer, Legend. It turns out that this season’s Caraval revolves around Tella, and whoever finds her first is the winner.

Scarlett has been told that everything that happens during Caraval is only an elaborate performance. But she nevertheless becomes enmeshed in a game of love, heartbreak, and magic with the other players in the game. And whether Caraval is real or not, she must find Tella before the five nights of the game are over, a dangerous domino effect of consequences is set off, and her sister disappears forever.

There has been tons of hype surrounding this book for the past month or so in the book blogging community. Of course I had to join in because the synopsis was really intriguing. Let me tell you, it definitely lives up to its reviews. I read page after page in the course of a couple of days. I stayed up late just to finish it because I wanted to know what would happen next. I genuinely could not put it down.

No, this book is not perfect (is any book?). But the storyline was just so interesting that it makes up for it. For one thing, you don’t know which direction it is headed in. You might be expecting one event to happen, but the plot takes a total turn. There were points where I was internally screaming because I didn’t see something coming.

The introduction of this book is what really got me. Stephanie Garber really knows how to draw in her readers. It was so sad to read about, but when a book can pull out my emotions, I know it is a good one.

The characters are also amazing. You feel like you can’t trust anyone, because the whole island is so mysterious. But at the same time, I still shipped a lot of the characters together, even if I wasn’t sure I should. There were some relationships I secretly wanted to happen, and some that were happening that I didn’t want at first.

I don’t want to share any more details because it is important you don’t go into the book knowing more than the synopsis above. It will make the enjoyment and initial confusion so much better.

Overall, this book really lived up to my expectations. It was clever. It was well written. I am really hoping for a sequel to this because the story can’t just be left there. I will be the first to buy book two if it happens! 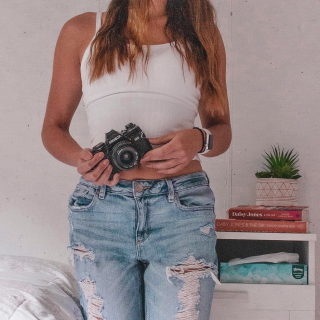