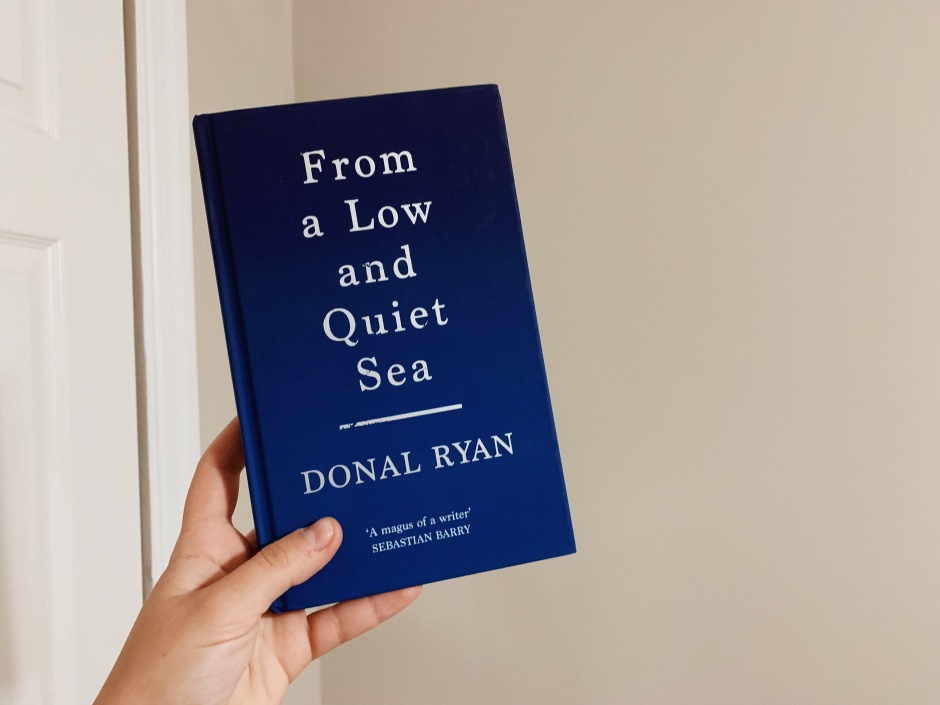 I’ll be the first to admit it- I am awful at reading ARCs before release day. Sometimes it’s not my fault because the publisher doesn’t approve/send it until just a few days before it’s published (not putting the blame on them either, it happens). But other times, I’m just not in the mood for a certain ARC, so I push it off until I don’t have the time to read it before it comes out.

However, I am so SO grateful for being given the opportunity to read and review early copies of some amazing books.

Today I thought I would share with you all which ARCs I own but haven’t read yet- some are very past pub date, but many were gifted to me by friends, so the publisher wasn’t expecting a review from me- I swear, I’m not a horrible blogger. 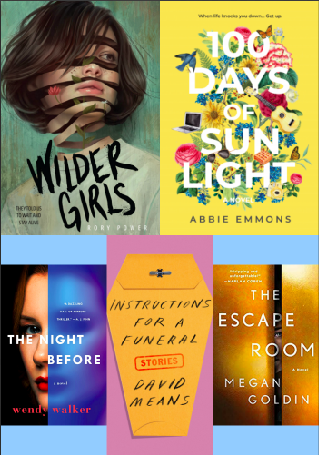 Wilder Girls by Rory Power: This one does not come out until July, so I have some time left to read it, and it is one that I am expecting to be a 4 or 5 star read. I am hoping to get to it in the next month!

100 Days of Sunlight by Abbie Emmons: I actually just got approved for this one a few days ago. It is a debut novel from Abbie who actually has a Youtube channel! That is how I found this book, and I was so excited that she chose me to ARC read it!

The Night Before by Wendy Walker: This came out this month, but because I had 2 other books to read for May, I fell a little behind. I am hoping to finish it ASAP and get my review up!

The Escape Room by Megan Goldin: This is another one that comes out in July, so, again, I have time to read it! I don’t know much about it other than the fact that it’s a thriller.

Instructions for a Funeral by David Means: This is a short story collection, I believe, that came out in March. I am behind on this one because I just wasn’t in the mood to read it. I feel awful about it, but hopefully I will get to it soon.

Surviving Myself by Dina Pestonji: I was in a strange nonfiction mood when I requested this one, but since then it has ended. That is why I have not gotten around to it yet. 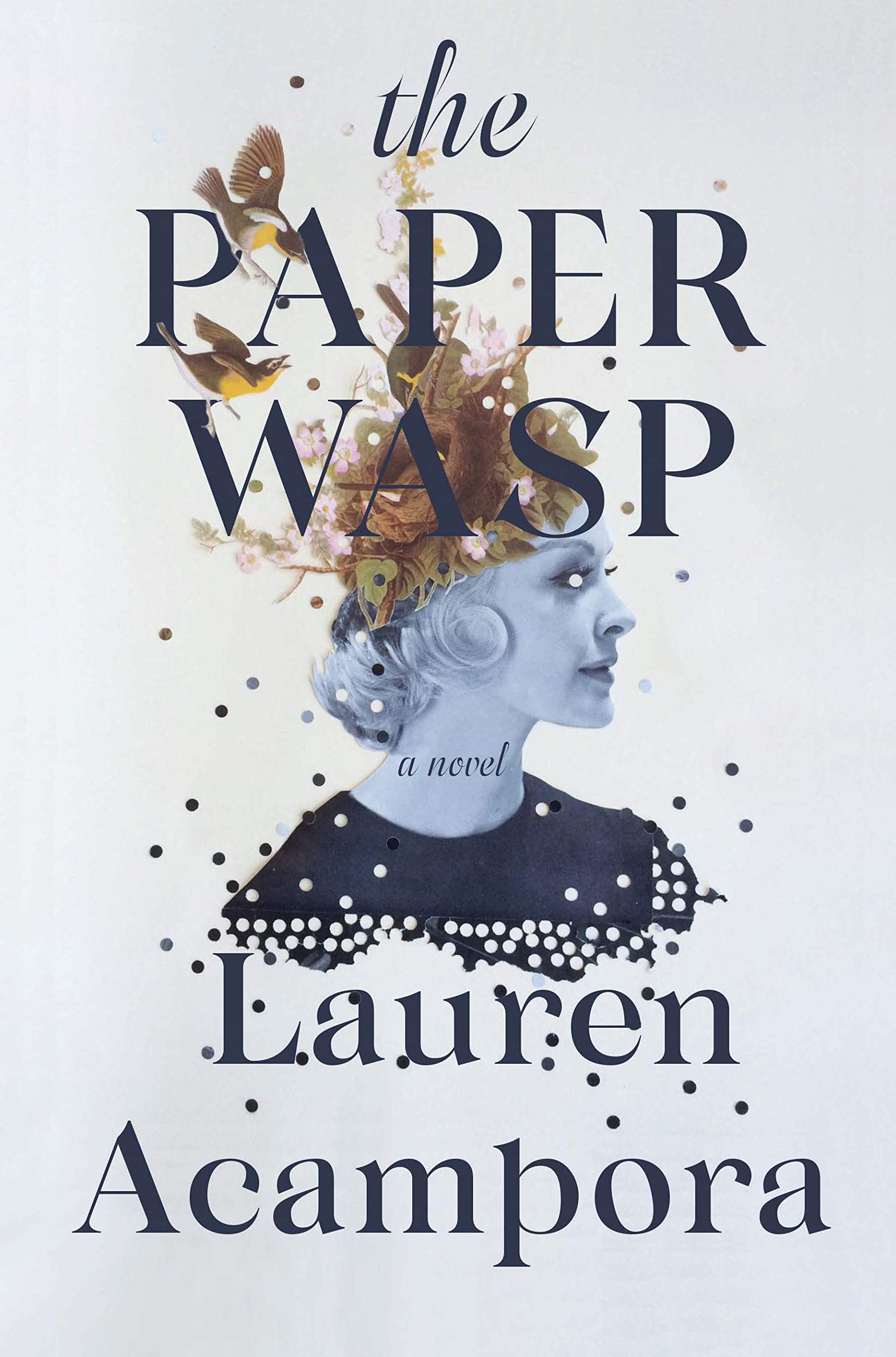 The Paper Wasp by Lauren Acampora: This also comes out in July, and it’s actually only the 2nd book I was approved for on Edelweiss. I have only requested a total of about 5 books on there because I’m not as familiar with it. However, I do want to get better at using it, and I plan to in the future. 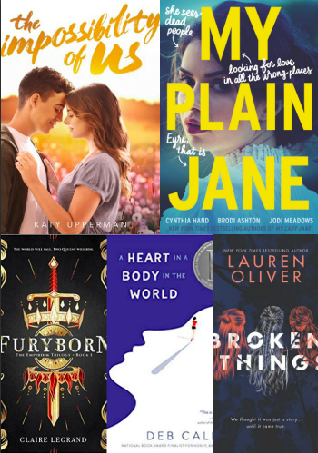 A Heart in a Body in the World by Deb Caletti: I got this at Bookcon last year, but I just never got around to reading it. I saw a few good reviews of it, so I do want to read it as soon as I get a chance.

Dive Smack by Demetra Brodsky: This was one of a few books that I won in a giveaway, so I did not prioritize it. I know that eventually, I will read it, but I just haven’t been in the mood yet.

Losing Hope by Colleen Hoover: This book was sent to me by someone on Twitter, which was so nice! Eventually, I will read it, I’m just not sure when.

Broken Things by Lauren Oliver: This book is high on my TBR right now, and I do want to get to it soon. I’m pretty sure it’s a YA mystery/thriller, but aside from that, I don’t know too much.

The Impossibility of Us by Katy Upperman: This is another book I won in a giveaway (actually, the next few are all from the same giveaway).

Furyborn by Claire Legrand: The cover for this ARC is actually really cool and I’m obsessed with it, but I have to be in a specific mood to read fantasy.

The Boneless Mercies by April Genevieve Tucholke: Again, fantasy is something I don’t pick up very often.

Bright We Burn by Kiersten White: This book is actually the third in a series that I have not yet read, but I won it in a giveaway, so I will eventually read it. I’m just not sure when.

The Space Between the Stars by Anne Corlett: This is one of the first ARCs that was sent to me, and because I was excited for the opportunity, I accepted it without really thinking about if I would want to read it. I do want to at some point, but for now it is being held off (can you tell I’m a hoarder).

My Plain Jane by Cynthia Hand et al.: I Have not read the My Lady Jane, which is the first book in this series. You don’t have to read the first one in order to read the second,  but I want to follow publication order.

The Lady’s Guide to Petticoats and Piracy by Mackenzi Lee: I have not yet read The Gentleman’s Guide to Vice and Virtue, which is why I haven’t picked this one up yet.

From a Low and Quiet Sea by Donal Ryan: I won this in a giveaway by Ariel Bissett which was super cool. She had talked about one of his other books before which made me interested in this one. It’s a short book, but it’s just not a high priority right now.

So that is it for my unread ARCs! How many unread ARCs do you have? Please leave a comment letting me know so I feel less alone! Anyways, see you next week!

4 thoughts on “ARCs I Own But Haven’t Read Yet”

Leave a Reply to What's She Reading? Cancel reply